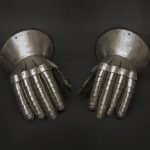 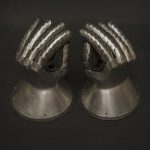 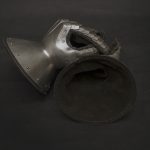 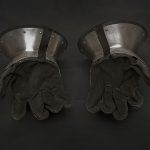 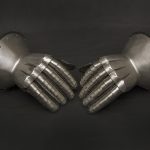 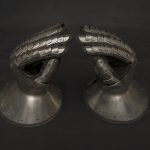 Beginning in about the XIII century, knights’ equipment started to include metal gauntlets. Metal gauntlets were expensive to manufacture because they required great skill on the part of the armory smith. In addition, steel was still an expensive material and as a result, only kings and wealthy knights could afford metal gloves.
The poorer warriors could only use leather gauntlets. Granted, at times they were reinforced with small steel plates for palm protection, which helped to improve safety and avoid serious injury.
The leaders also wore metal gauntlets when they wanted to elevate their status as army commanders. It simply wouldn’t do for the king to go to war dressed in anything less than the finest. As he gave his motivational speech to the entire army, he also had to be dressed in the finest armor, including palm and wrist protection. Therefore, as one can see, for certain segments of the population, using full armor was simply necessary in certain situations.
Modern fighters are very fond of using metal gauntlets. Everyone can afford them now. So, what are the advantages they provide? Mobility is one of them. During fencing, it is especially important to have your wrist as free as possible. After all, you have to be sure that when you’re ready, you’ll be able to strike the enemy. Your sword is an extension of your hand, and you need the fullest grip on your weapon without having to worry about your hands getting slapped hard. With the protection and mobility of our Steel Gauntlets, you’ll be able to concentrate on the distance between you and your enemy and put all your efforts – both physical and mental – into winning the match.
Those who say that victory is not as important as participation aren’t telling the whole story. After all, you train all year round to win. Yes, participation is an integral part of winning, but it’s not all. Our Steel Gauntlets will bring you one step closer towards your triumph. When you purchase your Steel Gauntlets on the Forge of Svan website, you’ll likely already begin to feel the freedom of movement your hands will enjoy when you put them on.
It’s important to note that metal gauntlets in this style are mainly suitable for duels due to the lighter weapons you will be using. Small steel plates that are attached to the fingers won’t withstand the impact of a halberd or an ax. Therefore, if you’re planning to fight in buhurt, you’ll be better off in Mitten Gauntlets. They will be much better protection from being hit by two-handed weapons.
When you put on this our Steel Gauntlets, you’ll feel fantastic! You’ll watch as the little steel plates along the rivets repeat the minute movements of your fingers. Everyone who sees the Steel Gauntlets is sure to want to wear them to experience this feeling. Frankly, it’s incredible. You’ll feel like a medieval knight, a warrior; you’ll feel real. This is why we all like to wear armor – there is something special about it and this feeling is heightened when you wear our Steel Gauntlets.
Many European museums dedicated to medieval weapons feature steel gauntlets of many different styles and types (for example, those both with and without covered thumb protection). In the Handbuch der Waffenkunde, (the encyclopedia on arms and armor written by Wendelin Boeheim), there is a picture of spiked gloves. Apparently, the owner of these gloves could cling to something with the help of these spikes. This encyclopedia also contains a picture of gloves that have closed palm protection. Ostensibly, this was done in order to be able to grasp the opponent’s weapon.
At the end of the armor era, armory smiths had achieved great mastery in the production of metal gloves. They were ornamented with the help of engraving and inlaying. It had become a true art.
With the rise of firearms, all these achievements were practically nullified because traditional metal armor no longer could withstand the projectiles and protect its wearers against this new breed of weapon. However, with the revival of the medieval full contact battles, the art of armor smithing is experiencing a renaissance. Get your Steel Gauntlets for the next fight – feel the power and freedom of movement while being fully protected from your opponents’ blows.

Be the first to review “Steel Gauntlets” Cancel reply 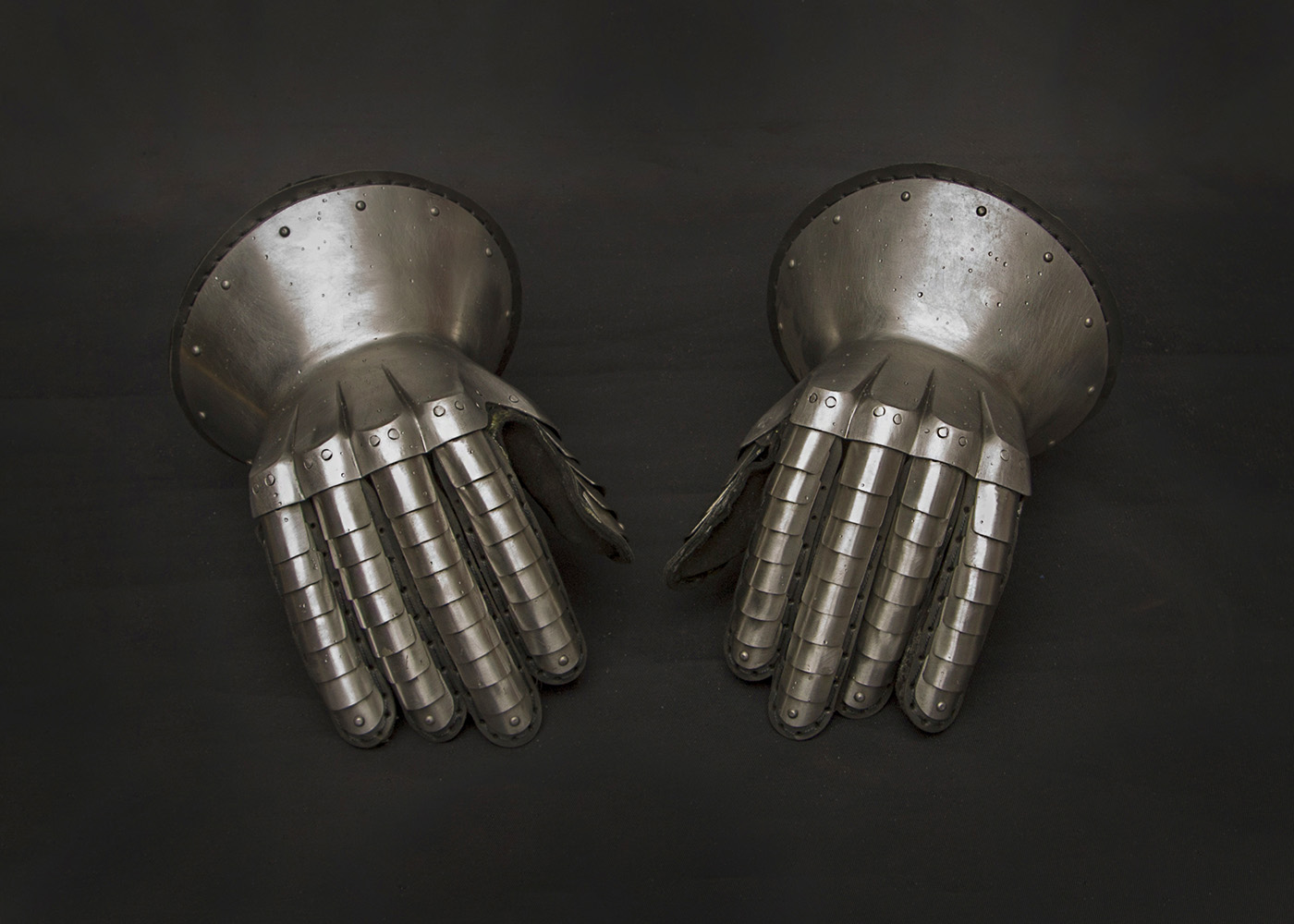 Beginning in about the XIII century, knights’ equipment started to include metal gauntlets. Metal gauntlets were expensive to manufacture because they required great skill on the part of the armory smith. In addition, steel was still an expensive material and as a result, only kings and wealthy knights could afford metal gloves. The poorer warriors