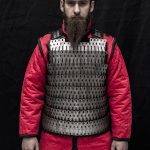 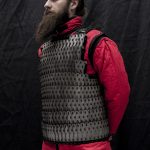 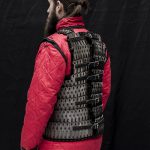 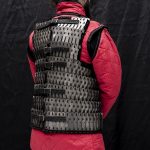 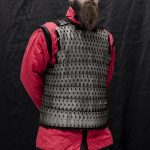 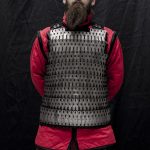 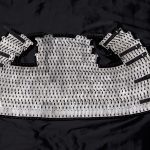 Lamellar armor was not as popular as mail in the Early Middle Ages. It is a common misconception that use of lamellar armor was restricted to the nomadic tribes of the Middle East. However, some archaeological findings (Birka, Gotland, Sweden) furnish proof that this kind of armor was used in Scandinavian regions. According to historical sources, Viking armor was partly influenced by the Byzantine Empire and the Kyivan Rus’ since some Vikings served as mercenaries for both peoples. The original metal plates were found during the excavations of a Viking village in Sweden. However, historians are not sure that this armor invented in Scandinavia because similar metal plates to those in the Birka were also found in the Altai region.

Lamellar armor is made of overlapping rows of steel scales fixed by leather laces. Though the scales of lamellar armor were traditionally laced with leather, for our Birka Lamellar Armor, we decided to use paracord laces because of the high durability of this material. With paracord you can be sure no steel scale will be lost. If you would like your Birka Lamellar Armor made with leather laces, the option is available to you. Our Birka Lamellar Armor consists of eight lines of steel scales. It fastens with leather straps and buckles on the back. The outer edges of the steel scales are bordered by quality leather. The lines of scales covering the shoulders are fixed on the piece of leather to help with weight distribution as it is the most load-bearing part of the armor.

One of the biggest advantages of our Birka Lamellar armor is its reasonable price. You will not find any body armor with such highly protective qualities and range of motion for a comparable price. Even the most devastating hits will be cushioned because each plate is interlaced with cord in several places. Plates for our Birka Lamellar Armor can be made from mild steel, tempered steel, stainless steel, or if you want an incredibly lightweight piece, titanium is available. Our Birka Lamellar Armor has two thickness options: 1.0mm and 1.5mm.

It is very important to note that while our Birka Lamellar Armor provides a very high degree of safety, it does need to be supplemented with other pieces to ensure your total protection. We at Forge of Svan workshop are committed to your safety, so when choosing this armor for full contact medieval fighting, think about adding Lamellar Pauldrons to your order in order to fully protect you from the blows of your adversaries. You can also order the entire set together: Lamellar Armor with Shoulders.

Please note that measurements should be with padding/gambeson.

Be the first to review “Birka Lamellar Armor” Cancel reply 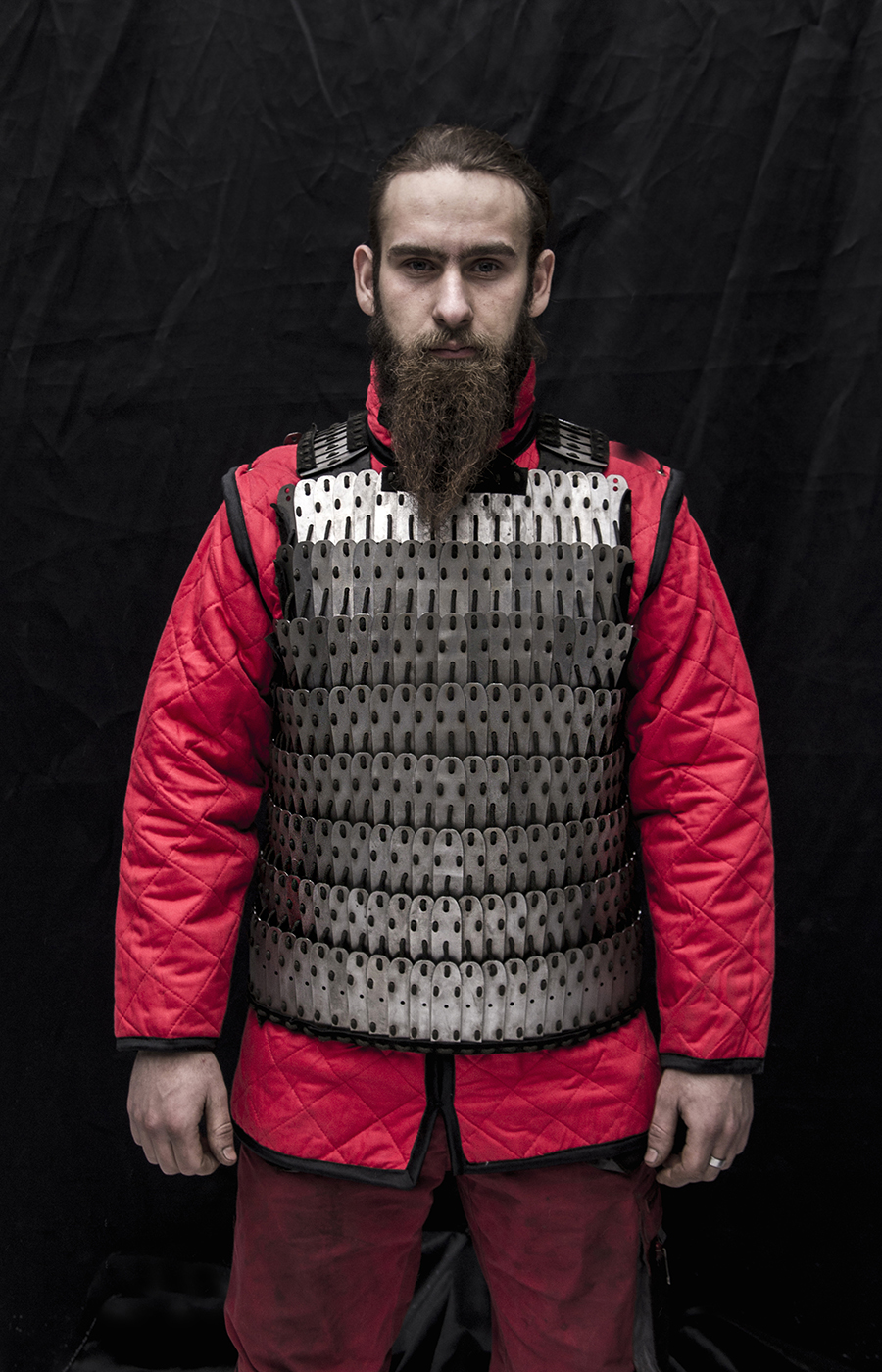 Lamellar armor was not as popular as mail in the Early Middle Ages. It is a common misconception that use of lamellar armor was restricted to the nomadic tribes of the Middle East. However, some archaeological findings (Birka, Gotland, Sweden) furnish proof that this kind of armor was used in Scandinavian regions. According to historical